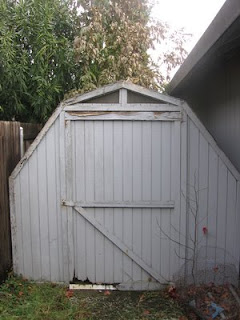 Those who run newspapers and other businesses supported by paid advertising may not share my feelings, but I love Craigslist. I needed to get rid of an old, wooden storage shed in my backyard, and less than a minute after my ad offering the shed for free posted, someone called about it. That person didn't end up taking the shed, but someone did the next day. That ad saved me a lot of work or money, and I paid nothing to post it.

I don't know how Craigslist survives without paid advertising, and I realize that it has hurt businesses. But, the "Craigslist killer" and other problems notwithstanding, I'm grateful that Craigslist exists for "little people" like me to very effectively advertise for free our goods and services, to find jobs, and to do other things.

I praised Kaiser Permanente the other day for the openness of electronic communication between it and its members. I wrote that I loved the fact that patients could e-mail their physicians, access their lab results and other medical records, and handle other matters online.

But the downside of this and of electronic medical records in general is illustrated by a recent story of a Kaiser employee who had a hard drive with medical files of over 15,000 Northern California Kaiser members stolen from her car parked in front of her house. She was subsequently fired for her negligence, but the information she lost could well be in malicious hands.

A Kaiser spokesperson maintains that this was a "low risk" breach that did not include social security numbers, but I wouldn't want ANY of my medical or financial information ending up with unauthorized individuals, and I hope that this never happens to me, and that Kaiser and other health providers can find more foolproof ways of protecting their members' health information while still allowing them the wonderful access to it that I have with Kaiser Permanente.
Posted by Steve at 6:08 PM No comments: 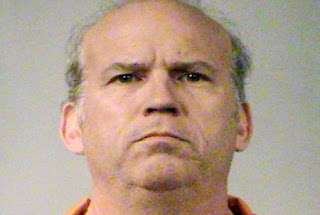 I don't know what to make of this.

On Sunday, May 31 of last year, George Tiller was murdered while he was acting as a greeter in the foyer of the church he attended in Wichita, Kansas. Scott Roeder calmly walked up to him, pressed a .22 caliber pistol to his forehead, and pulled the trigger. Roeder was arrested shortly thereafter and charged with first-degree murder and other crimes.

His trial has just begun, and the presiding judge has already made a highly controversial and unexpected ruling. He ruled that Roeder can be allowed to argue to the jury that he committed voluntary manslaughter rather than first-degree murder.

You see, Roeder was an anti-abortion activist and his victim, Dr. George Tiller, was one of the only late-term abortion providers in the country. Roeder has openly maintained that his act was justified because he was defending the unborn's "right to life," and he will now be able to argue before a jury that his killing of Dr. Tiller was motivated by, in the words of Kansas' law defining 'voluntary maslaughter, ' "an unreasonable but honest belief that circumstances existed that justified deadly force." Those "circumstances" were, of course, the imminent abortion of late-term fetuses.

Prosecutors had expected this to be an open and shut case in which Roeder would be tried for first degree murder, found guilty, and sentenced appropriately. But the judge's ruling, if not reversed in the wake of the prosecutor's challenge, means that Roeder could be found guilty of a far lesser offense and released from prison within five years for his cold-blooded killing of a physician with legal license to perform late-term abortions.

Like I said, I don't know what to make of this, because I can readily see both sides of the issue. On the one hand, I believe that abortion should be permitted, and that people who kill doctors to prevent them from performing legal abortions should have the book thrown at them. But, on the other hand, I have reservations about late term abortions, and, more importantly in this case, it seems very clear to me that Roeder's actions follow the letter of the Kansas legal definition of "voluntary manslaughter." If we're a "nation of laws," shouldn't we follow the law even in cases like Roeder's?

Actually, I'm inclined to think that the law should be changed and the distinction between first-degree murder and voluntary manslaughter eliminated. If you consciously intend to do what Roeder did and you do it, you should be put away for the rest of your life or even executed for it if there's capital punishment in your state. But that's not the way of Kansas' and, I suspect, other states' law. and I'm inclined to believe that the law should be followed.

Yet, what happens if we do follow the law in the Roeder case and he ends up serving five years or less in prison for what he did, as well as being hailed as a hero by anti-abortion activists? Who will be murdered next by one of these misguided souls in the aftermath of Roeder's relative "victory"?

I watched a harmless piece of cinematic fluff last night with my wife. It was a 2003 British romantic comedy called Love Actually. It's one of those stories of an almost endless multitude of vaguely interlocking subplots involving interrelated characters in which, for instance, the Prime Minister (Hugh Grant) falls in love with a personal assistant whose young brother and sister are in a Christmas school play in which the Prime Minister's sister (Emma Thompson) also has children participating and another character (Liam Neeson) whose wife recently died also has a stepson in the play...well, you get the picture.

There are many big name actors in this movie, and, although it's not the kind of movie I would seek out or probably even enjoy if I went to a theater by myself to watch it or to review it as a paid movie critic, and I found the subplots too shallow and implausible to be as involving as they might have been, with the possible exception of the one about a burned out, cynical, former rock star (Bill Nighy) who forthrightly and amusingly lampoons his unexpectedly successful albeit ghastly reworking of the old Trogg's classic "Love is All Around," I actually grinned a lot, laughed a little, and felt the warm fuzzies watching it in the intimate comfort of home with my wife who enjoyed it even more than I did. And there was a special poignancy to Liam Neeson's role as a grieving widower given the fact that his real life wife, Natasha Richardson, died last year after a skiing accident.

I think you might enjoy "Love Actually" too under similarly hospitable circumstances. I give it a B-.

Yesterday I took my car in for maintenance, and, while I sat in the waiting room, I watched a History Channel program called "Last Days on Earth" that listed what it said were the greatest threats facing the Earth and humankind. Number two on the list, just behind climate change brought on by misguided human activity, was the ominous possibility of a pandemic deadly enough to wipe out virtually all of the human race. A naturally mutated pathogen such as H5N1 could be bad enough, but suppose some nutcake with the knowhow combined something like Ebola with another pathogen as contagious as the common cold and released it. The consequences could be horrifying and catastrophic beyond imagination.

I have to think that this is the greatest single threat we face from terrorism. It seems far more doable than a nuclear bomb and even more devastating. Maybe it won't happen because even the craziest terrorist should realize that once he or she unleashes such an indiscriminately destructive bioweapon, there's no controlling it, and everyone, including the terrorists and their loved ones, will end up being terrorized and probably dead. This defeats the purpose of terrorism--to terrorize one group to benefit another. But there may be capable people who really ARE demented enough, perhaps with the ungodly help of warped religious apocalypticism, to perpetrate this genocidal act in the name of a justly wrathful Allah or God or whomever, and that will be that. Talk about Pandora's Box!

One of my big concerns with shows like "Last Days" is that they may help to bring about the horrific cataclysms they talk about by giving the right person the wrong idea at the right time to spur them to successfully act on it. Of course, the same thing could be said about this blogpost, with the major difference being that yours truly may now be about the only one reading this blog any longer. I think it's a pretty safe bet that Osama has "better" things to do with his time.

But still I wonder if and when the pandemic of all pandemics will come, and I hope to God it's no time soon.

My wife and I recently acquired different health coverage from what we've had for the past several years. We now have Kaiser Permanente, and I have to say that so far so good. With our previous coverage, we each had separate doctors in separate locations, and if we needed X-rays taken or lab tests or eye exams performed or prescriptions filled, we had to go to a different facility for each. Now we can do all of these things and more in the same facility. I really like that.

I also like the fact that you can go online and communicate with your doctors by e-mail, see summaries of your previous appointments including your vital signs, tests ordered, and your doctor's diagnoses and recommendations, and you can also check your lab results as soon as they come in and follow links from the results page to pages explaining what those results mean.

All of this seems to get me much more involved in my health care. It also doesn't hurt that I really, really like my new primary care doctor. He's very friendly and very seasoned without appearing to be antiquated.

I know that some people don't like Kaiser. They say it handles patients like an assembly line, that it's miserly with patient care, and that it restricts patients too much in whom they can see for diagnosis and treatment and in what treatments they can receive. And there may be something to all of these criticisms. I certainly think that if someone had a very serious disease and could benefit from seeing a leading specialist, Kaiser might not be his best choice. But for most people with most medical needs, I think Kaiser may be pretty good.

Having said that, I'll try to keep my eyes open to any weaknesses Kaiser might have or dangers it might present with mismanagement of patient care. I know that my grandparents had Kaiser coverage for many years and ended up dying in the same Kaiser facility. But they were very old and very sick when they did. The thing that distressed me before they died is that Kaiser was often very eager to discharge my grandparents before they seemed ready to come home and for me to give them the care they needed. But I'm sure that's not unique to Kaiser. No matter what kind of health coverage we have, we need to educate ourselves, stay vigilant, and to not let ourselves be railroaded through the system. 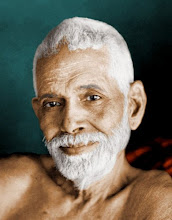 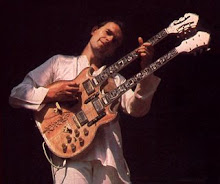 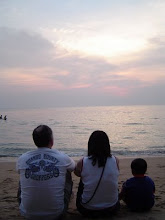 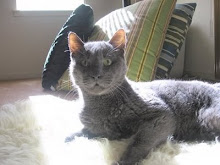